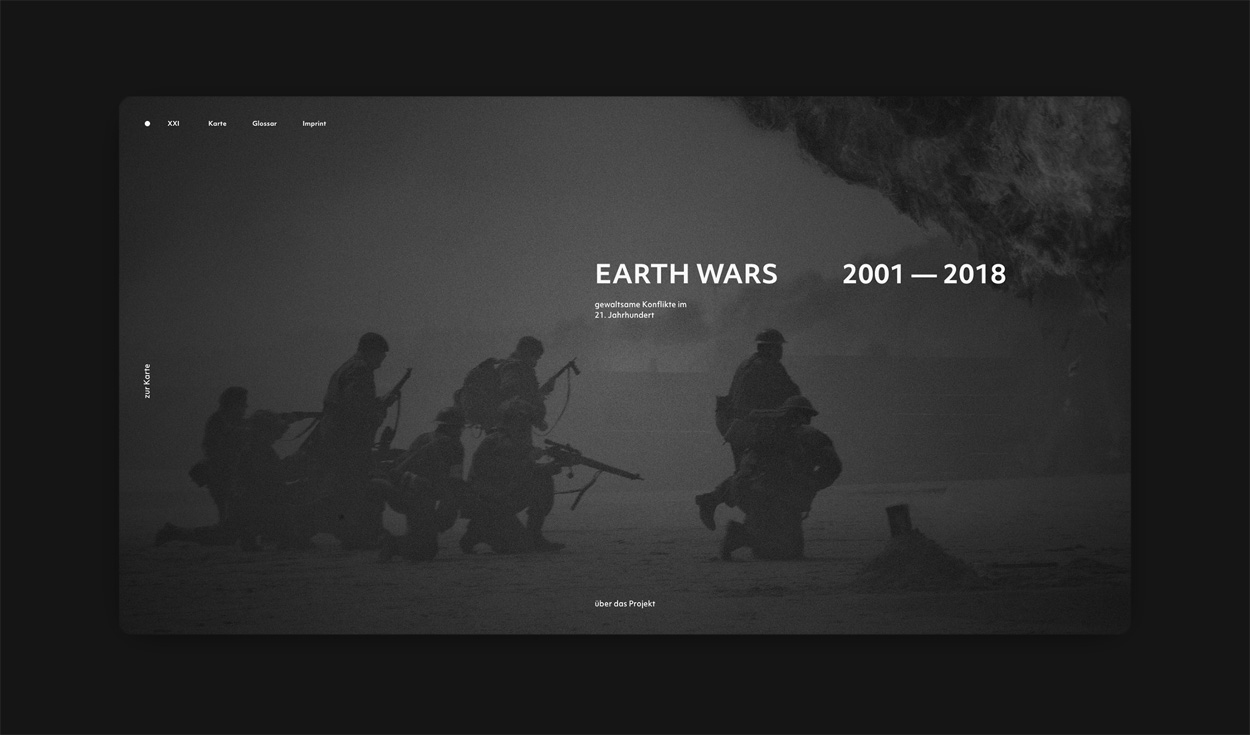 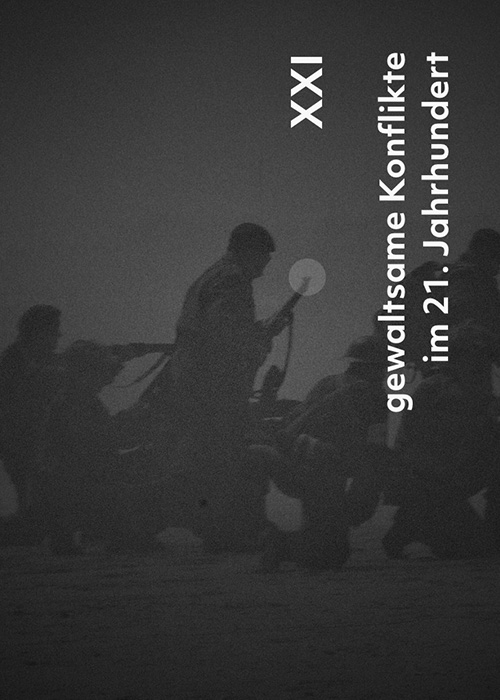 The aim of my bachelor thesis was to provide an overview of violent conflicts in the 21st century. For this the main aspect of the project was laid on the development of a factual and objective type of visualization that provides access to data and information about the individual conflicts.

The result was an interactive map of political conflicts in the period of 2001 to 2018. The conflict in detail is considered on the basis of the course of intensity, the involved actors, as well as the underlaying items of the conflicts. The question of the aptitude of the means and forms of visualization for the development and presentation of the data sets played a central role for design decisions. Various geospatial visualization approaches have been developed for the interactive map, resulting in a responsive and user-centered concept for a website and it's final development. 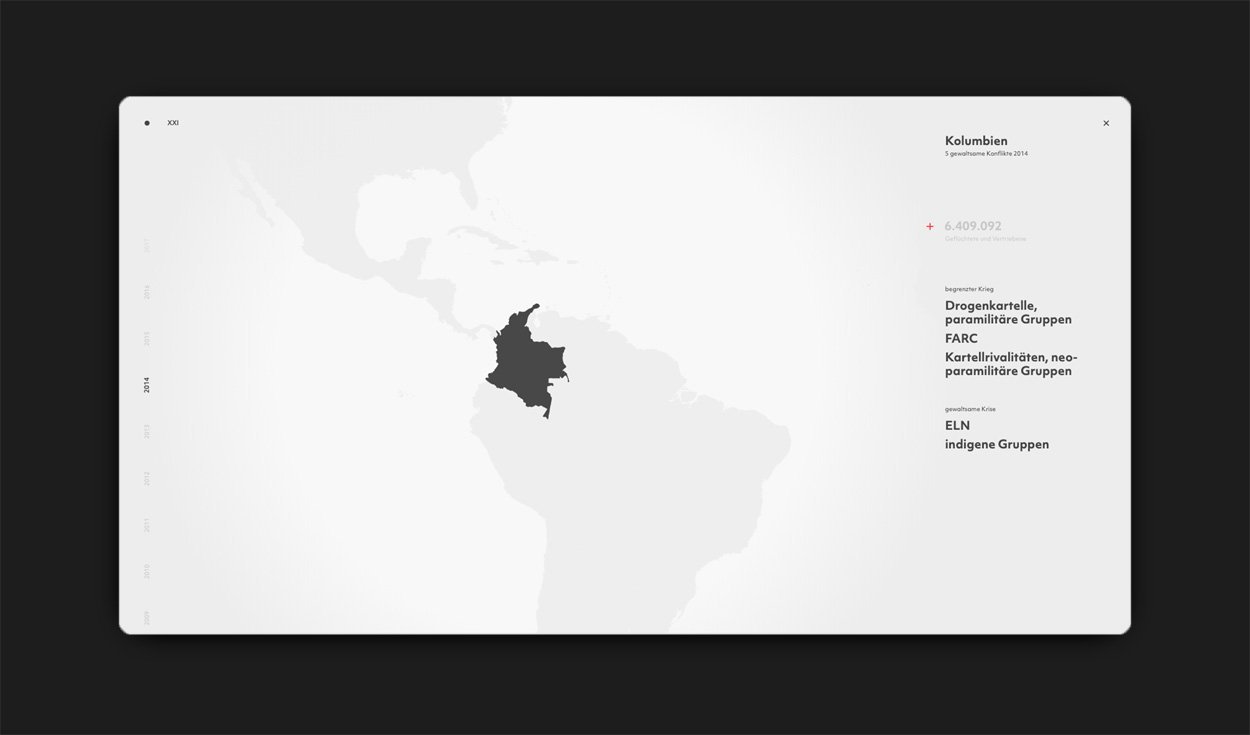 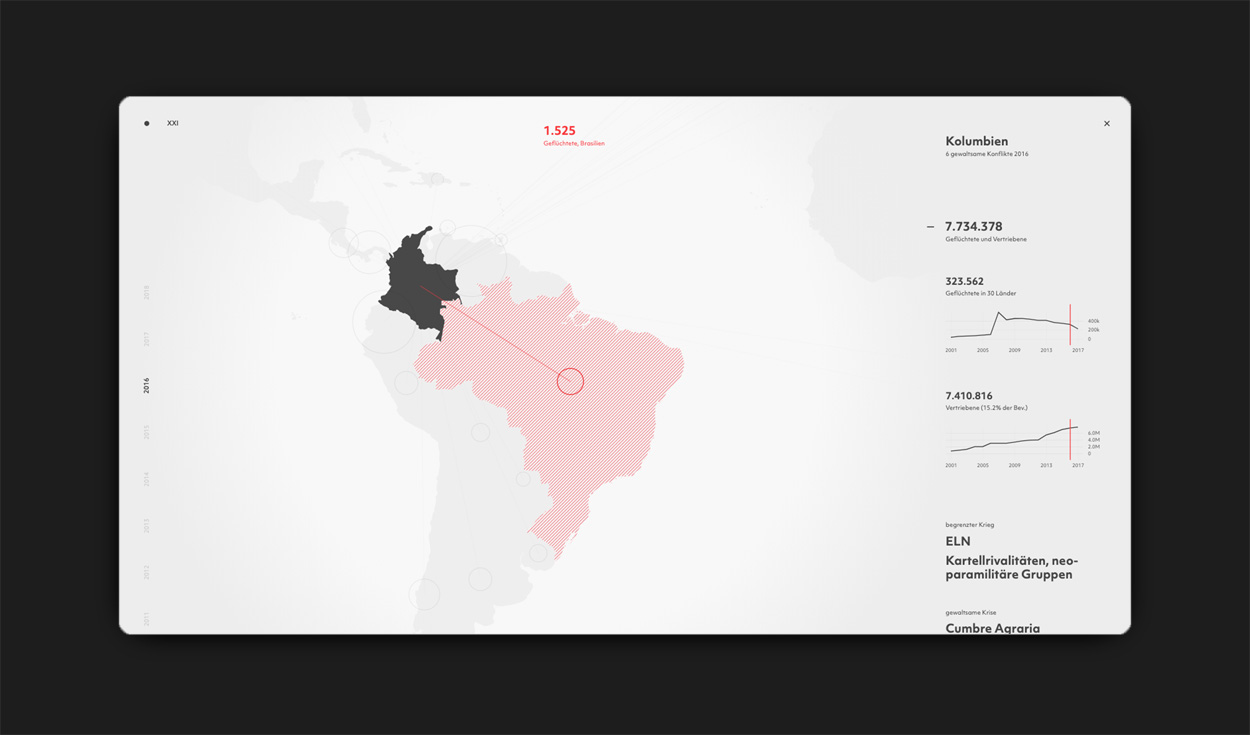 Conflicts always have different effects on different areas. In conflict research, these effects and consequences are generally included in the classification of the intensity of a conflict. These numbers, however, are bad and difficult to grasp. To get an idea of the effects on humans there are also shown the number of refugee movements and displaced persons at national level on the website. These numbers are not directly correlated to the individual conflicts, but may be indicative of the impacts and dimensions that the conflicts in the affected countries create. 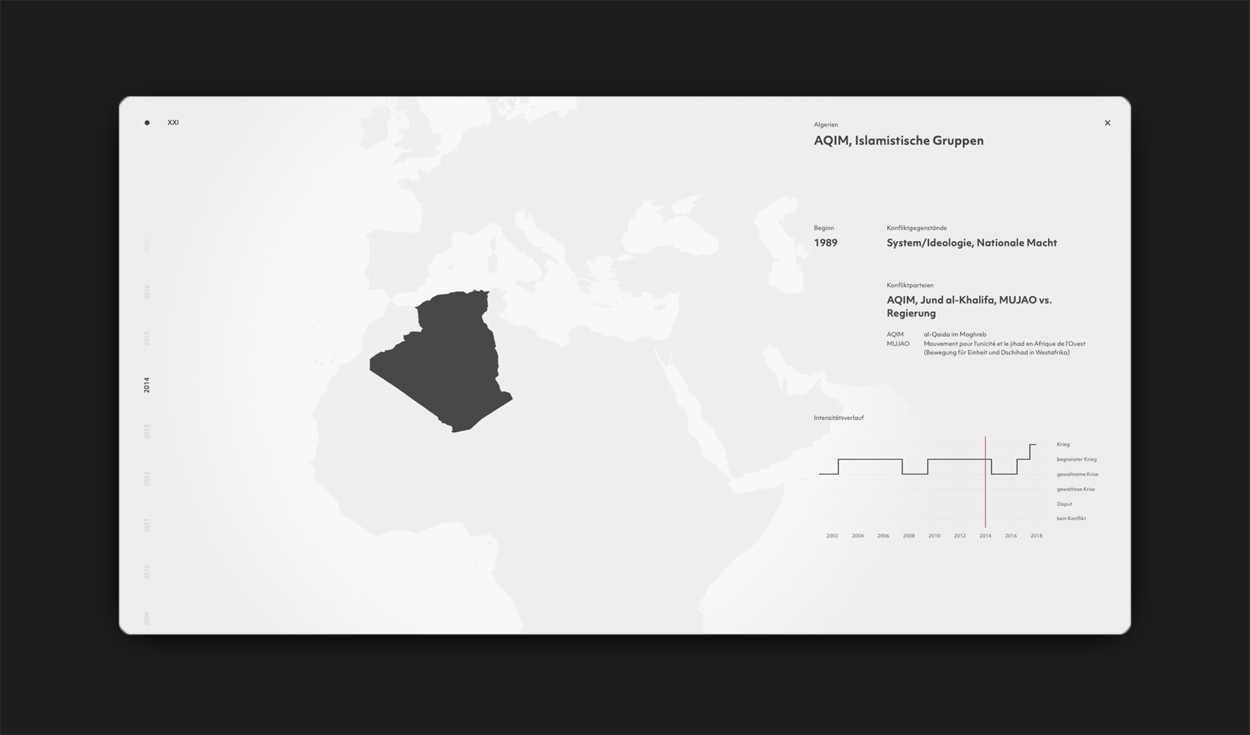 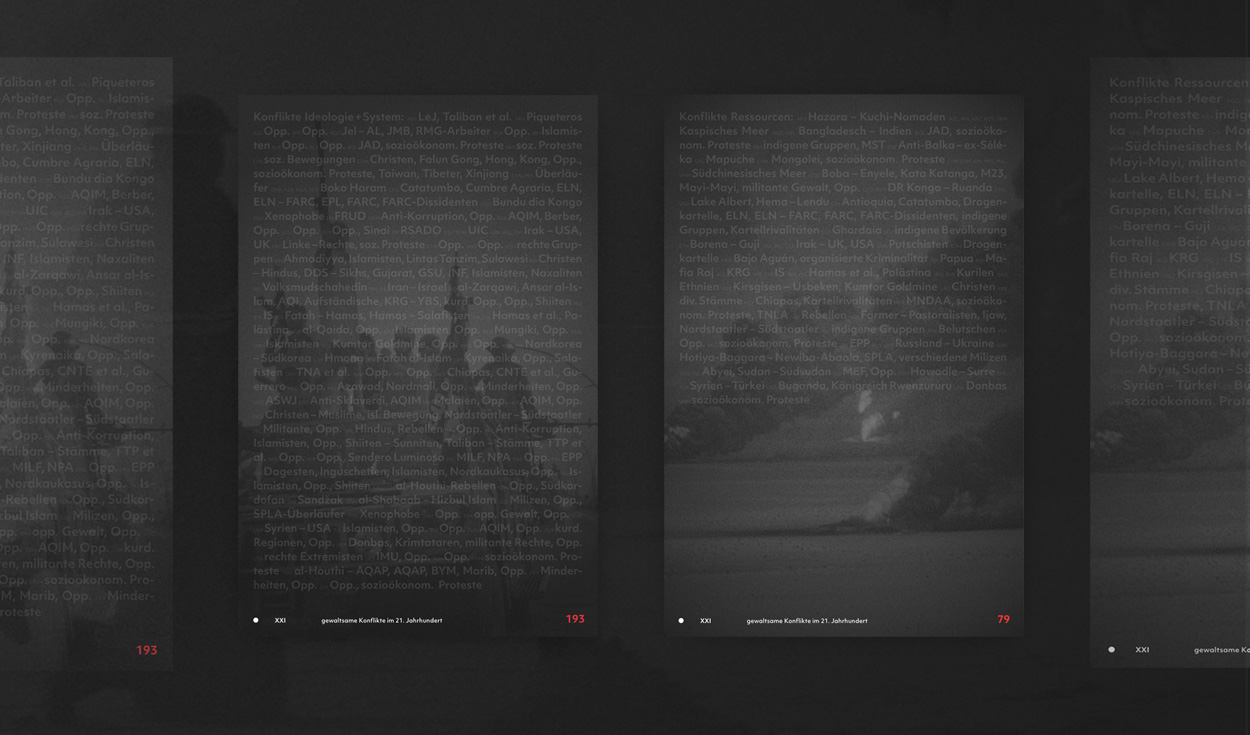 The data visualization is generally based on the annual conflict barometer of the Heidelberg Institute for Interantional Conflict Research , the Uppsala Conflict Data Program and the refugee data of the UNHCR . Much of the work consisted of investigating on the current state of research, examining the existence of sources, the data analysis and preparation. From the information and data of the research, a data set was created with which the realization of a data-based visualization was possible.

My name is
Steffi Schnuck. 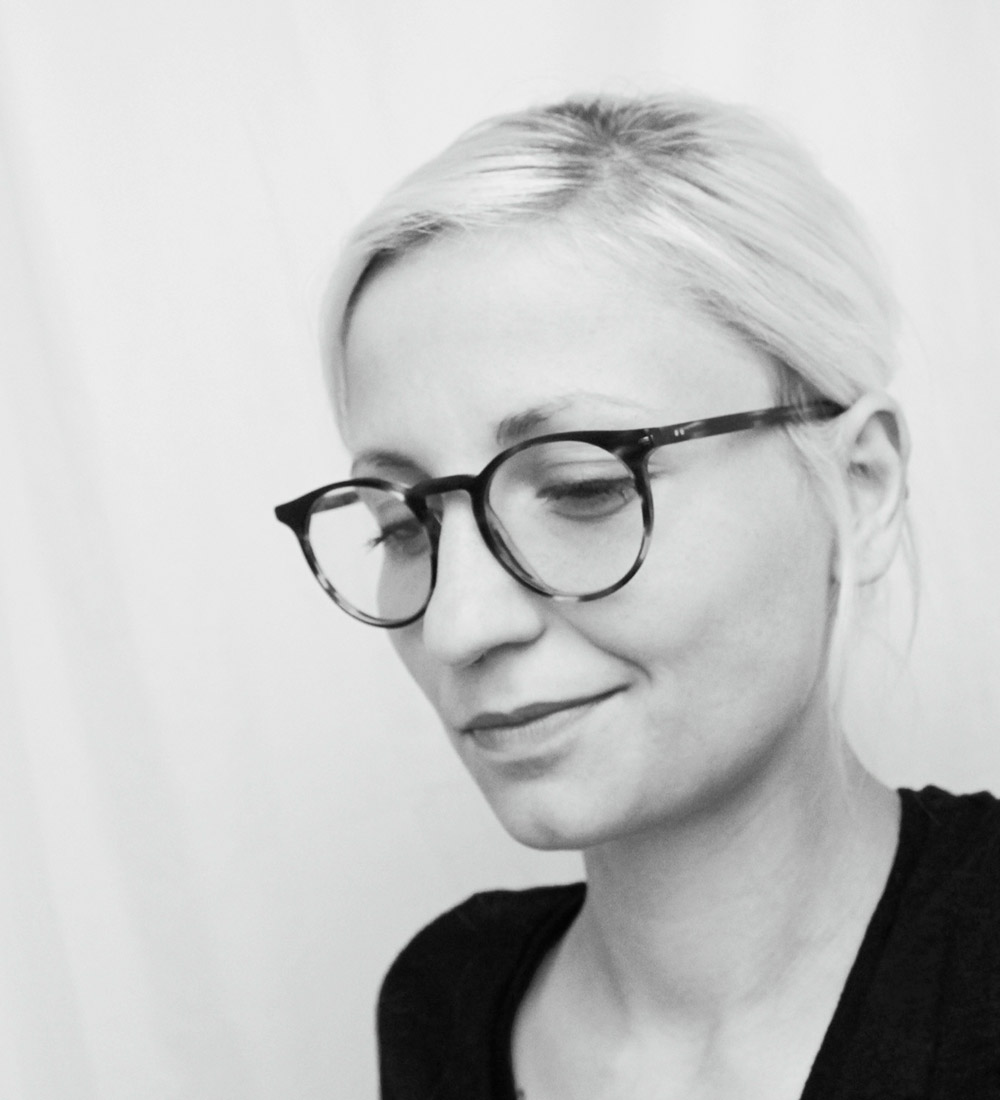 I've been working on projects including information design, data visualization, UX/UI and editorial design. The focus of my projects is to create analogue and digital concepts and environments by the application of user-centered design principles.

The topics I am most passioned with are data and information, the human factor and responsibilities in the digitized world, networks and reduced design.